Spotted On The Tele: Toni Collette in Winter Kate! Get It Girl @ The Trend Boutique! 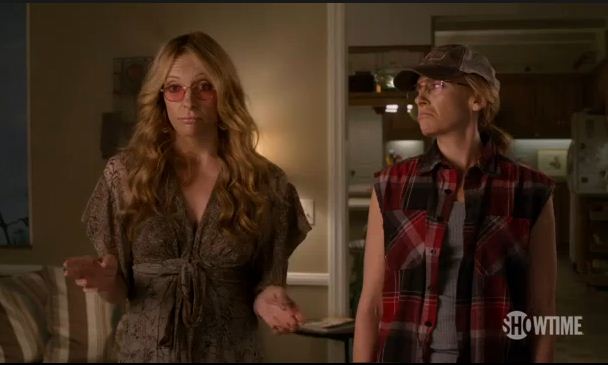 Well technically, Shoshana Schoenbaum (one of Tara’s alters, who is played by Toni Collette) was wearing the Winter Kate Kimono Dress in the closing scene of the season 3  premier of “United States of Tara.” Confused after one sentence? We bet you are. But it’s not due to poor writing skills on TTB‘s part. Confusion is one of the main themes of this hit Showtime dramedy which is written by Diablo Cody and produced by Steven Spielberg. It’s a carefully crafted show about a complex woman who suffers from Dissociative Identity Disorder (Multiple Personality Disorder).

Tara’s condition is the result of a traumatic sexual experience as a young girl (which remained undiscovered until the season 2 finale).  Six alters transition in and out of Tara’s mind; taking over her body and wreaking havoc on her seemingly “normal” suburban life. 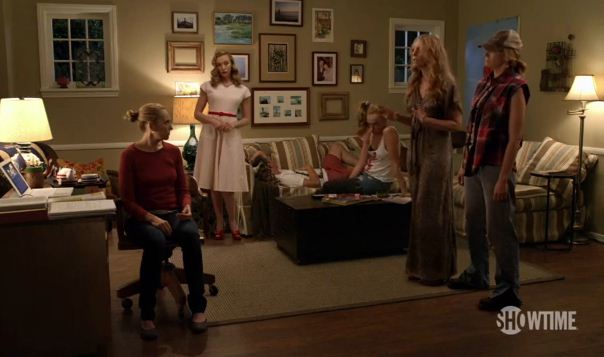 If you haven’t given this show a try, it’s a must! The show and it’s lead actress have a sweet little collection of Emmys and Golden Globes, after only two seasons. And to top it off, the show’s stylist gets a fashion-high-five for getting that Winter Kate Kimono Dress on Toni…or was it Tara…or was it Shoshana…

Click here to watch the season 3 premier of United States Of Tara!

About The Trend Boutique

The Trends You Want To Wear, From Today's Hottest Designers! http://www.shopthetrendboutique.com/
View all posts by The Trend Boutique →
This entry was posted in All, CELEB STYLE and tagged Grey Floral, Kimono Dress, Season 3 Episode 1, Showtime, Toni Collette, United States Of Tara, Winter Kate. Bookmark the permalink.